Blog - Latest News
You are here: Home / Guest Blog Posts / Why Ransomware Scenarios Commonly Occur at Hospitals
The RightPatient Blog was not involved in the creation of this content. 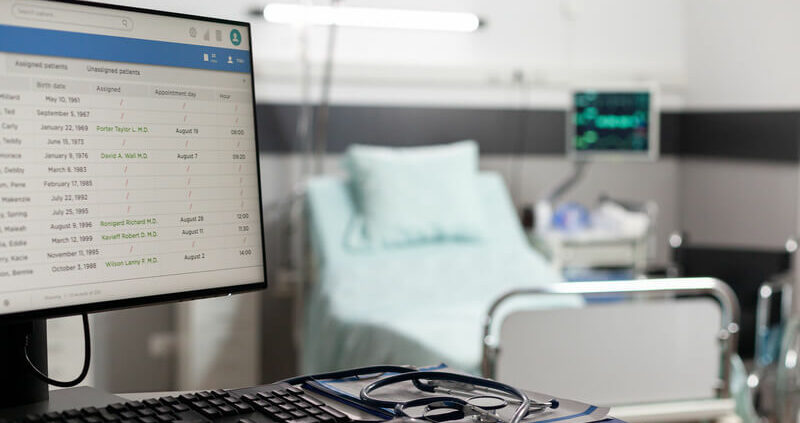 Hospitals have advanced substantially over the last several decades. In particular, computer systems have streamlined a great many processes and made many hospital functions — such as data-driven decision-making — more convenient for medical professionals and staff. Unfortunately, this increase in convenience has also come with a substantial number of new risks and threats.

Here is why ransomware scenarios commonly occur at hospitals.

What Is a Ransomware Attack?

Ransomware attacks are a common form of cybercrime that involves holding an individual or organization’s information for ransom. Typically, the cybercriminal doing the attack will either threaten to release private information to the public or keep the victim locked out of their computer network unless given a ransom, which is typically a sum of money.

Why Hospitals Are Frequent Victims of Cyberattacks

While many organizations fall victim to cyberattacks, hospitals are particularly vulnerable to this form of cybercrime. Understanding the reasons for this is essential to understanding why cybersecurity is so important in the healthcare space.

Here is why hospitals are frequent victims of cyberattacks.

One of the main reasons that hospitals are a common target for ransomware attacks is that their computer systems typically store large amounts of patient data. This can include private information such as patients’ social security numbers, financial information, medical information, and more.

Given the private nature of this information, hospitals are typically more willing to pay ransoms to have this information stay private. For cybercriminals, this makes hospitals a prime target for schemes of this nature, and they often prey on hospitals with weak cybersecurity measures for this reason.

The Vulnerability of Legacy Systems in Hospitals

Over the last two decades, computer technology has advanced substantially. Unfortunately for many hospitals, this means that the computer systems they may have installed in the 2000s have likely become outdated. These legacy systems are typically incredibly vulnerable to cyberattacks and have a number of weaknesses that can be exploited by cybercriminals to gain access.

While hospitals may want to update or upgrade their systems, this can be a difficult task. The process of replacing a hospital’s computer system is both comprehensive and expensive. This has left many hospitals vulnerable to ransomware attacks that make the private information of patients more accessible to cybercriminals.

When a hospital becomes the victim of a ransomware attack, it can have a drastic effect on patients. Given the chaos of being locked out of their computer system, hospitals typically aren’t able to serve patients efficiently or at all until the matter is resolved.

Knowing that hospitals will be pressured to succumb to their demands to meet patient needs, cybercriminals often target these types of organizations. This willingness to comply with cyber criminals in order to minimize the effect on patient outcomes makes hospitals a great target for cybercriminals looking to strongarm an organization into quickly paying a ransom.

Though hospitals may be at a greater risk of being the victim of ransomware attacks than other organizations, some measures can be taken to mitigate their risk of becoming a victim of this type of attack. By being proactive and implementing robust defense measures, hospitals can increase their chances of thwarting the attempts of cybercriminals and keeping their data safe.

Here are some measures that hospitals can take to prevent ransomware attacks.

Though it may be a complicated and expensive undertaking, updating computer networks in hospitals can ultimately save them money if it keeps them from being the victim of a ransomware attack. Newer computer systems have more robust cybersecurity measures and can be updated regularly while many legacy systems can’t.

As has been noted, third-party vendors pose a huge risk to hospitals when given full access to computer systems. This being the case, limiting the access that third-party vendors have can greatly bolster a hospital’s defenses. By not allowing these entities to have access to their computer systems, hospitals can rest assured that if these organizations’ networks are compromised, they won’t be at risk of being compromised as well.

While hospitals may spend a substantial amount of money crafting robust cybersecurity measures, these can be in vain if employees are being frivolous. As such, it’s important for hospitals to educate and train employees who have access to their computers on how to utilize them responsibly.

By ensuring that all employees are aware of cyber threats and the practices that can leave an organization vulnerable to attacks, hospitals can rest assured that they aren’t inadvertently weakening their cybersecurity efforts.

Ransomware attacks have become dishearteningly common among healthcare organizations. Given this significant risk, it’s vital that all hospitals put effort and resources into bolstering cybersecurity measures in many different ways.

The more robust cybersecurity efforts become in the healthcare space, the more cybercriminals will be deterred from attempting to hold the private information of healthcare organizations at ransom. 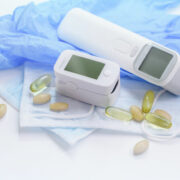 Seven Ways Remote Patient Monitoring Solutions Give You the Upper… 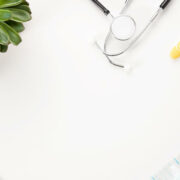 How Digital Health Has Revolutionized the Healthcare Industry 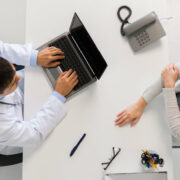 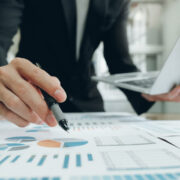 5 Big Indicators You Should Replace Your Revenue Cycle Management…