What is the most effective way to reduce hospital borne infections to increase patient safety in healthcare?

The following guest post on infection control in healthcare was submitted by Cade Parian.

There are an estimated 1.7 million cases of hospital-acquired infections every year. Almost 100,000 of those cases result in death.

Infections contracted in hospital settings are technically called healthcare-associated infections or HAI’s. They are caused by exposure to bacteria, fungi, or viruses while in a healthcare setting. Common healthcare procedures where infections are introduced are during surgery; catheter insertion; ventilation services; and any type of injection.

The Centers for Disease Control estimate that 1 in 20 hospitalized patients develop some type of infection.

Some Healthcare-Acquired Infections go unnoticed with little harm. However, others are devastating. Patients endure physical pain and suffering as well as financial devastation due to the increased treatment costs. Some infections cause permanent damage and even death.

Catheter-Assisted Urinary Tract Infections – One of the more preventable infections. It often occurs when a catheter is left in a patient too long. Commonly affected areas are the urethra, bladder, ureters, and kidneys.

Pneumonia Caused by Ventilators – Infection that develops 48 hours or more after mechanical ventilation is given. The lower respiratory tract or lung parenchyma is invaded by microorganisms causing this infection.

Clostridium Difficile or C. diff – These bacteria live in your digestive tract. When these bacteria overgrow, it releases toxins that attack the lining of the intestines. 14,000 deaths (mostly the elderly) are caused each year.

Carbapenem-Resistant Enterobacteriaceae or CRE – These germs are highly resistant to antibiotics. More than 50% of the cases cause death. Most cases are caused by improper use of a duodenoscope. There are multiple types of CRE’s including:
• Klebsiella;
• Escherichia Coli or E. Coli;
• Klebsiella Pheumoniae Carbapenemase or KPC;
• New Delhi Metallo-beta-lactamase or NDM; and
• Verona Integron-Mediated Metallo-Lactamase or VIM.

Meningitis – The meninges are the protective lining around the brain and spinal cord. Meningitis often comes in outbreaks of multiple cases. Usually a contaminated instrument or drug causes the meningitis to spread.

Methicillin-Resistant Staphylococcus Aureus or MRSA – These bacteria live in your nose and on your skin. When it enters surgical sites, it becomes invasive. It can lead to heart valve infections, bone infections, organ abscesses, joint infections, and sepsis or blood poisoning. The danger is bigger for MRSA, because it is not commonly killed by standard antibiotics.

Sepsis – A deadly blood infection that triggers widespread inflammation of the body. It affects over 1 million American each year. Multiple organ failure and even death are caused by sepsis or septicemia.

JAMA Internal Medicine issued a study in September 2013 estimating that healthcare-acquired infections cost the US healthcare system almost $10 billion per year. Many of those infections are preventable.

There are several things hospital staff can do in order to minimize risk of hospital-acquired infections such as:

Hospital infections should be prevented in order to reduce morbidity, mortality, duration of hospital stay, and cost. Good hygiene and aseptic techniques have generally proved to be successful, but these practices are often not sustainable. Keeping constant watch and following the simple steps above could help minimize the risk of infections.

Cade Parian is a Metro Atlanta Personal Injury Lawyer representing injured people all over the nation. His folksy demeanor coupled with his ability to fit into any social and professional situation make him an attorney called upon by clients and other attorneys alike. A husband and father of two young children, he enjoys being the worst golfer on any golf course at any time when not preparing for trial or chasing children. 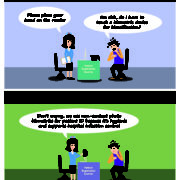 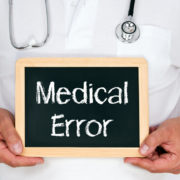 How Big is the Patient Mix-up Problem in the U.S.? 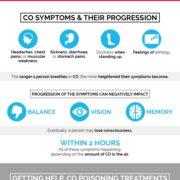 A Guide to Carbon Monoxide, The Silent Home Killer

Patient Acceptance of Biometrics for Patient ID Points to Hope, not Hype

The Importance of Maintaining Patient Data Integrity
Scroll to top