Medical identity theft is something that needs no introduction, especially for patients as well as healthcare systems. For others, they have a vague idea about it. Medical identity theft occurs when an unauthorized person uses a patient’s health data to avail benefits such as healthcare services, equipment, medicine, and so on. However, there are other problems as well- the culprit’s data may get mixed with the victim’s one, and the latter may get services based on the preferences of the former, which can be quite dangerous.

The infographic is based on a study done by Ponemon Institute, a renowned name in finding out the problems caused by a lack of accurate patient identification. The infographic focuses on the main highlights which the study has provided.

Solving medical identity theft takes up a significant amount of time. Only 10% of patients are happy with the decision of their cases. Over 200 hours, on average, are spent by patients, hospitals, and insurers, preventing further incidents.

Medical identity theft affects the reputation of hospitals. 45% of hospitals confessed that medical ID theft impacted their reputation. Many such incidents led to the release of sensitive health information of patients. 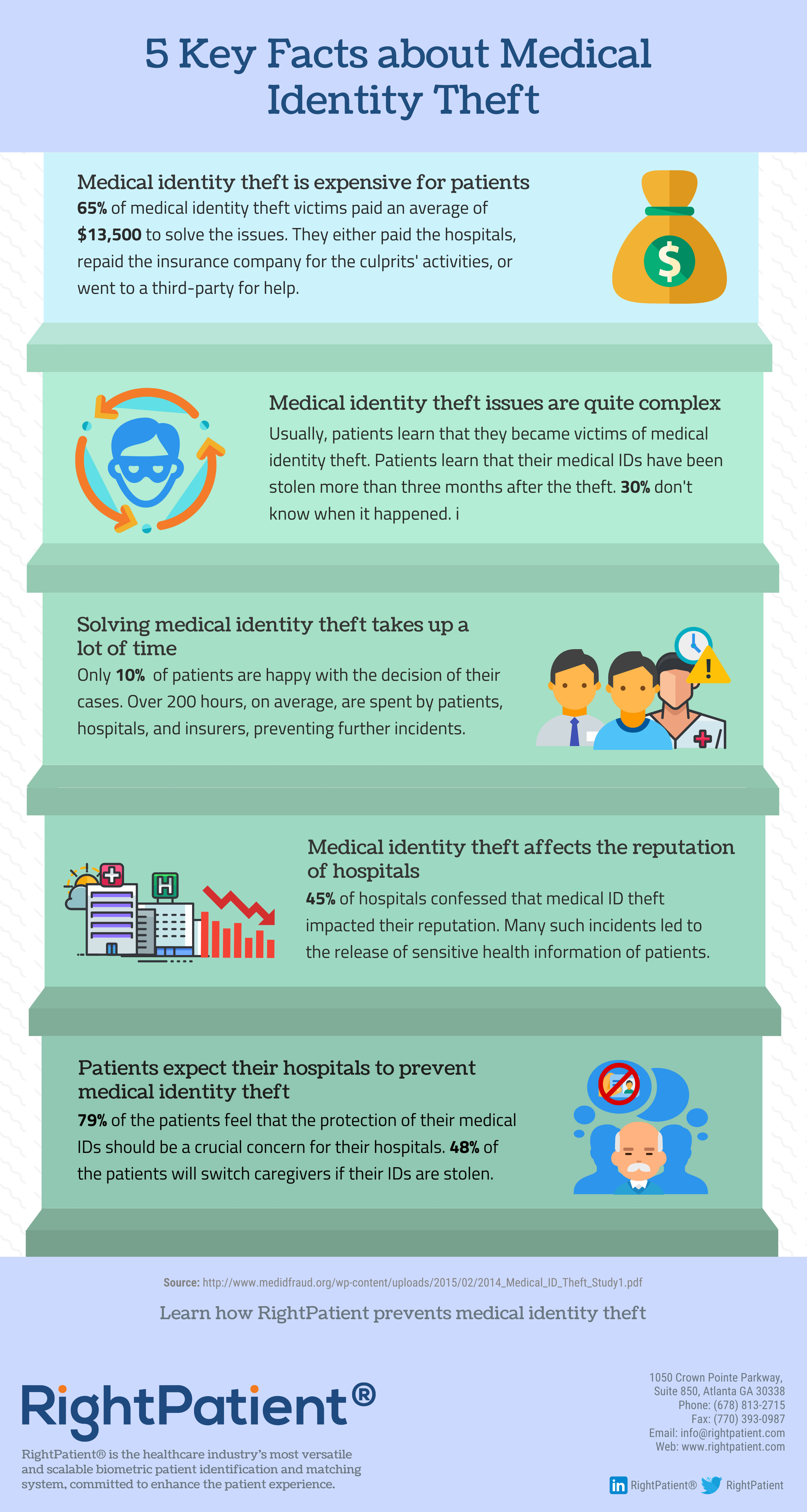