The following guest post on the use of biometrics for identifying the deceased was submitted by Pranjal Mehta Sr. Digital Marketing Engineer with Big Market Research.

The FingerSCAN Decedent, recently introduced by WoVo Identity Solutions, promises a faster way to determine unknown decedents at a scene. Medical examiners and coroners have found the solution to be much cleaner compared to those available in the market, say experts at Big Market Research. Subject matter experts analyzing the industry size & share and growth opportunities of the healthcare biometrics industry reveal that by using a highly integrated biometrics fingerprint scanner from Watson, the FingerSCAN DecedentID can not only expedite but also simplify the complete identification process of a deceased individual. The equipment can identify the deceased within few hours rather than several days highlight the makers of FingerSCAN DecedentID. The is its ability to send alerts to the family members of the deceased faster makes the device highly capable.

Commenting on the latest innovation in the healthcare biometrics industry, Kathleen Erikson, the chief executive officer at the WoVo Identity Solutions, emphasized that she knew it from the very beginning that coroners as well as medical examiners were in need of highly affordable, mobile product that can enhance the entire identification process. She added “I had no idea that the benefits would extend beyond this so I’m very pleased and have plans for launching many more mobile apps to benefit various industry groups.”

The new device works wonder on commercial – of -the -shelf (COTS). Besides this, the FingerSCAN DecedentID also operates with Android and works efficiently with the mini fingerprint scanner from Watson. WoVo introduced the product for the first time at the Colorado Coroners Association Conference in June, 2016, following a pilot project where the device was tested. The device has definitely brought relief to many families who end up contacting the officials after a death is reported in a media. Moreover, the solution has proved advantageous for both, government officials and public.

Echoing his sentiments about the product Harris Neil, coroners at Denver Office of Medical Examiner said, “As the application has been moved to its current version, it’s actually possible for me to email a print card to the fingerprint technicians electronically from the scene and get an identity confirmation the same day.” FingerSCAN DecedentID is an FBI IAFIS – certified and has been approved with Appendix F approved. Furthermore, the fingerprint scanner has implemented a patented LES technology. These features make the device one of its kind biometric technology that serves the stringent image performance needs by FBI. 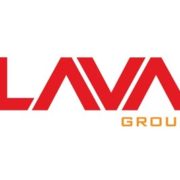 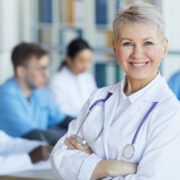 6 Things Medical Institutions Can Do To Gain Patient Trust

Patient Safety and Medical Sanitation – Developing Trust in Your Medical...
Scroll to top